During the past month many Western news sources have carried stories about increasing the use of the word “comrade” in China.  However much mainstream media attention has been abstruse and often times virulent in painting current caricatures of Chinese life.

For example, here is China daily on the subject:

…in March this year, the Shanghai government published a notice to all officials encouraging them to set an example to the people and start calling each other “comrade” (tongzhi,) once more. According to the brief, comrade was deemed preferable to the more hierarchical term “boss” that has been adopted in China’s halls of power. Comrade, the notice stated, should be adopted both for spoken and written forms of address.

This ‘comrade’ article has been circulating in some form for more than a decade by various news sources, and it shows an absence of basic world knowledge.  The annual publication of appall at the encouragement of comrade besmirches Western media and provides evidence of an inability for media to think outside its borders. Let me explain further.

Using the term comrade has been law for party members since 1965, when the party declared hierarchical titles “a decadent practice of the old society.” Using ‘comrade’ is not a fashion statement.  It is law. It has been law for years. It’s a communist country, and this is the law.

Where does the confusion come from?

So why is some variation of this news story reported so often? There are two reasons. First, comrade (tongzhi 同志) is a common word to describe a homosexual in China. Here, in 2012, is CNN describing how official dictionaries only list the “traditional” meaning of tongzhi and not its homosexual slang:

“It’s unacceptable that the ‘gay’ meaning of ‘tongzhi’ was excluded from the dictionary, a reference book written for all, simply because of the compilers’ own preferences and values,” Nan Feng, a gay rights activist told the state-run news agency Xinhua.
“Tongzhi” serves as a substitute for “tongxinglian,” which is the formal Chinese term for homosexuality. The 2005 edition of the Contemporary Chinese Dictionary defines “tongxinglian” both as same-sex love and as a psychosexual disorder, according to Xinhua.
Homosexuality’s classification as a mental disorder was removed in China in 2001, despite the dictionary’s definition.

Tongzhi gains interest in a news story because it can easily extend into a gay rights issue. It, to Western media, is an antiquated sign of homosexual repression. How can laws made in 1965 trump the identity of homosexuals in 2012?  I’ll tell you. The idea of self-righteous party members devoid of material lust is an important national identity and source for legitimacy in China.  A source of legitimacy for the party is more important than homosexual identity in China. It’s a single party state.
Here is a link describing encouragement of comrade to civil servants that aptly describes party attitude (my emphasis added):

A local government in Central China’s Henan Province has asked all of its civil servants to address each other only as “comrade,” in a bid to strengthen political life within the Communist Party of China (CPC), the Henan Business Daily reported on Tuesday.
…A subdistrict of Jiujiang district, under the city of Wuhu, Central China’s Anhui Province launched a series of activities to promote the use of comrade among CPC members, with the aim to “purify the Party.”

This is a recent publication explaining Chairman Xi Jinping’s meaning (my emphasis added):

The report added that addressing each other as comrade will help promote equality and mutual trust among CPC members; and it will also help strengthen political life within the Party and set an example for purifying social conduct.

Notice how the onus here is directed to conduct within the party and maintaining ethical standards, and notice how the party’s needs supersede that of homosexual identity.

The second source of confusion is speculation regarding future usage. Let’s return to the first China Daily article posted above. The end is purely speculative and somewhat frightening:

Does this mean people will soon be stopping for a Starbucks latte served by Comrade Barista, before hopping into a cab driven by Comrade Driver and apologizing to Comrade Boss for being late for their meeting?

Whether this is a trend that will catch on anywhere other than the halls of power, however, remains to be seen, and given the current trend for opening “communes” for the ultra chic in urban centers around China, you never know – it may well just catch on once more.

Many articles make this same muddled speculation. We have the luxury of hindsight to see that, indeed no, people didn’t start calling their barista ‘comrade,’ because the political system and economic system have natural conflicts. The state must encourage self-righteousness as a source of legitimacy, but everyone else is to compete for material wealth. As previously stated, the use of comrade is intended for party members, not the general public.  To clarify this point, it is useful to examine two pictures from my second home – the Beijing subway. 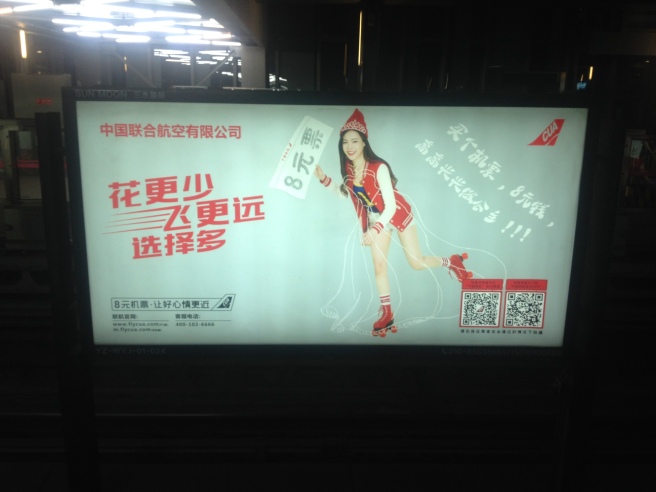 I’m on the subway for a minimum of two hours every weekday. This has been the most striking advertisement I have seen due to its incredible simplicity and complete nonsense.

Changing a young woman’s ideal image from princess to comrade must be the hardest task in the world, and most importantly, it is not something the CPC is trying to accomplish.  Drop any notion you may have of descriptive titles and their effects, and solely consider the effort it would take to transplant wealth ideas in a capitalist country. Baristas don’t want to be comrades. They want more money. 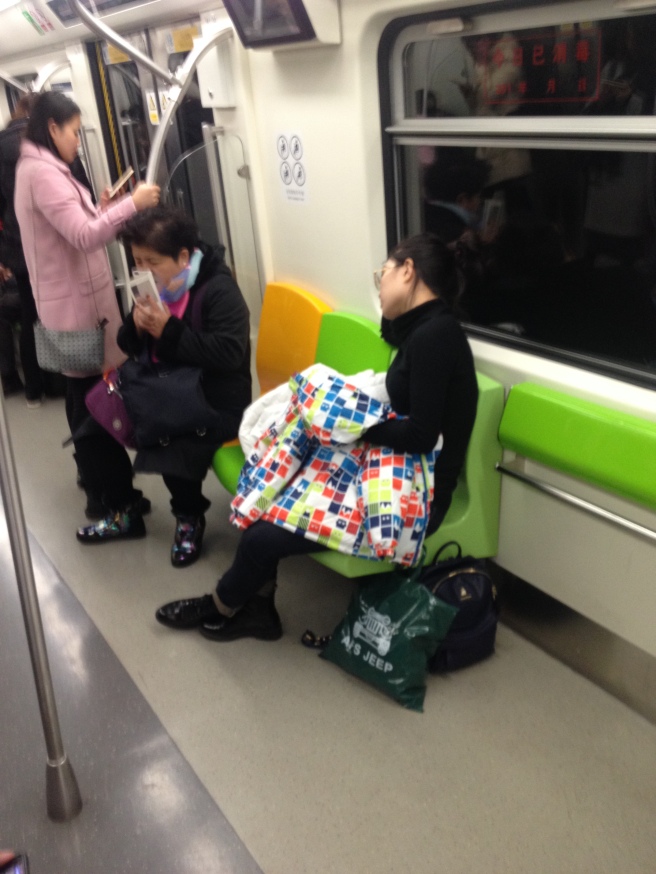 Lastly, consider this young woman on the subway. In her lap is her sleeping young son. They are taking two seats. Notice how the elderly woman, a complete stranger, moves to the edge of her seat to provide the most possible room for the sleeping child. Everyone in the subway car did what was necessary to ensure the child’s comfort. Do you think the mother dreams of a time when her son can grow up to   “curb paternalism and sectarianism that have spread within the Party during the last three decades since the reform and opening-up,”as Su Wei, a professor at the CPC Chongqing Municipal Committee Party School, recently told the Global Times?

The party may encourage its members to use the word comrade. Average people are encouraged to be princesses.

The politics of China and economics of China have natural conflicts, however it does not excuse Western ignorance. Balking at priority between homosexual identity and state legitimacy in a country with China’s history is embarrassingly small minded. Mistaking actions meant for party members which follows a law from 1965 for rules of the general public is inexcusable.