Much of the wording and writing in this post is quoted from the excellent Dan Rosen.

Trade conflict between China and America is coming.

On February 26th, Axios, reported about the scale of trade tariffs coming this year:

Also, an official with knowledge of the trade discussions told me the White House is preparing to impose tariffs on a “shit ton” — meaning, potentially hundreds — of Chinese products. They’ll avoid going through the World Trade Organization — which Trump doesn’t trust — and instead use Section 301of the Trade Act of 1974 to unilaterally retaliate against China for stealing Americans’ intellectual property.

The attitude among Western countries, regarding China has fundamentally shifted as China’s development has changed. The debate in America is not whether to enter a trade war with China, but how large should the conflict be.

It is not just economist and free traders on the right of American politics who support tariffs. Hillary Clinton’s foreign policy consultants recently wrote in Foreign Policy:

China has… pursued its own course, belying a range of American expectations in the process. That reality warrants a clear-eyed rethinking of the United States’ approach to China.

American politics cannot agree on gun control, but American politics can agree that their  current relationship with China is untenable. America isn’t alone. French President Macron recently visited China with “an ambition to rebalance, get more reciprocity in access to Chinese markets and fairer competition conditions.” Germany is strengthening controls of outbound Chinese FDI.  Serious change is arriving and old rule sets will be discarded to pave the way for ‘fairer’ rules- whatever that means. 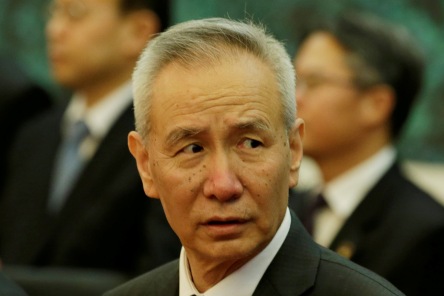 Liu He, China’s senior economic strategist, is arriving in Washington for important consultations to manage the US-China relationship. While Liu hopes to talk about getting the relationship back on track, the time could probably be used more productively to discuss how to better manage a period of disengagement – because it is coming.

Market-oriented democracies are concerned about China’s evolution. Confidence in the mutual benefits of engagement has slipped, questions about reciprocity are mushrooming given that China is not as open as advanced economies to trade and investment, and public debate about influence campaigns is on the rise. These foreign policy challenges are still new for Beijing: a few years ago, these topics were confined to limited audiences; today they are widespread themes. The balance of global thinking about engagement with China is, it is fair to say, at a delicate point.

In light of rapidly moving political developments in China, it would be a better use of Mr. Liu’s time not to talk about preventing a move away from economic engagement, but rather adaptation to post-engagement norms.

Mr. Liu will have a difficult time convincing America’s China watchers to take a benign view of trends in Beijing, or even a wait and see attitude, for the reason that this cycle has been seen before. Cycles of centralization of power, then tension between capital and provinces, and then love-hate engagement with foreign economic, intellectual and security forces are typical throughout China’s history.  Political vacillation has been a constant, with China sometimes scrambling to absorb liberal concepts and then suddenly shifting to purge anything outside the nationalistic frame. This is completely normal for any country.

While admirers often credit China with staying power, cyclical strength followed by breakdown is the norm. Through history Chinese intellectuals have gone back and forth, some blaming foreign forces for China’s ills, others pointing to China’s nativism as the problem and reaching to non-Chinese ideas, technologies, politics, economics and culture as the solution. The pastime of debating which China is real – the one that wants to engage? or the one that sees inside and outside in zero-sum terms? – is not helpful: both are real. Both are real in every country, not just China.  What’s needed is not the right choice, but the wisdom not to choose one or the other when both apply.

For Liu He to be helpful at this juncture, and not just reinforce mistrust about China’s “real intentions” he will need to acknowledge to American officials this duality, and concede that Washington and other foreign capitals are entitled to require transparency with regard to China’s influence abroad, and to protect themselves from the consequences of cycles of political and economic instability. At the same time, he will be right to point out that China’s foreign partners have been massive engines of instability in their own right this past decade. 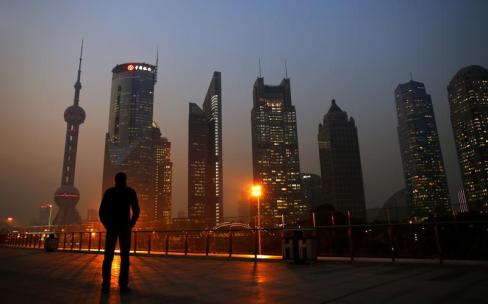 The reason why Liu cannot, at present, promote a coalition to work past a rough patch toward a common, convergent future in which shared material gains is the glue is that Beijing has been increasingly unguarded in saying it is not open to that convergence. That is a change of heart. It is important to recognize that this is in fact a change, because it means there is not a fixed, eternal Chinese attitude about policies and politics, economics or otherwise.

It is a matter of record that Deng Xiaoping, the leader who crafted the era of engagement with the United States, enshrined a two-term limit for China’s heads of state and hedged Party interference in commercial activity precisely because he knew from experience what dangers could come otherwise. There is whispered debate among Chinese economists and political scientists about what the right future path is for their country. That is normal too: consider how caustic disagreement is about future debt and inflation consequences of the Trump Administration’s budget and tax policies.

While it is up to China to choose its policy course, it is others’ choice to take steps to avoid collateral damage. Given Beijing’s current resurgence of a Party-led economic policy approach, a change in US attitude is to be expected. Liu He and his American interlocutors should manage this shift in the relationship, rather than pretending that what is already happening is preventable. It is not preventable.  However, Trade and investment de-coupling could be done in a managed way, rather than through unilateral threats, protectionist measures, retaliation and escalations to intimidate the other side into concessions. It is possible that neither China nor the advanced economies are willing to work toward a convergent future at this time.  That doesn’t have to be cause for war and panic. It is better to state the situation plainly rather than beat around the bush.

In much of their economic interaction, China and the advanced economies may be able to avoid severing economic ties. These include activity where there is no technology transfer that confers a strategic advantage, where no vulnerability arises from supply or demand dependence upon the other, and there is full reciprocity. Examples might include textile and apparel trade, non-strategic food-stuffs trade and raw materials trade where there is a diverse global marketplace of buyers and sellers.  Assuming reciprocity can be achieved, in investment the majority of two-way FDI flows today could probably continue and even grow, since national security screeners have the ability to parse transaction details if they choose, with reasonable modifications to regimes like CFIUS.

This leaves areas of economic interaction where the US and other advanced economies believe the tide of statism in China necessitates higher seawalls and these should be shared among nations wishing to maintain a shared market-oriented pool. That is to say, from a Western perspective the risks associated with interdependence with China may become too great absent compelling evidence of convergent norms, and thus the important task in the relationship becomes peaceful disentanglement rather than engagement.  Soon-to-be Vice Premier Liu and his US counterparts can use their time well by developing a vocabulary to manage this process without either side slipping into talk of quarantine, containment, or other Cold War terms. 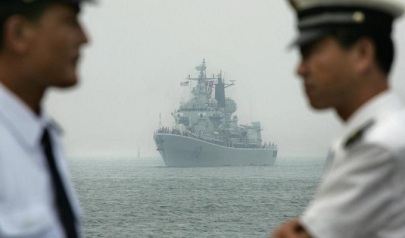 Finally, in addition to discussing a positive list of trade and investment where we don’t have anxieties, and a more practical approach than “trade wars” for managing disengagement where one or both sides has objections to interdependence absent convergence, Liu and his counterparts could – if they trust each other – discuss mechanisms for re-engagement down the road. The most principled OECD argument for self-protection is that illiberal politics have historically not delivered economic stability beyond the catch-up phase, and if a China now near $13 trillion in size with a $40 trillion banking sector wobbles it will put its economic partners at risk. But what China and others should ultimately focus on is the outcomes.  It may be possible to agree on a shared framework for tracking objectively the trends defined as win-win, be those trade balances, market reciprocity or other outcomes, and to use that framework as a trigger for restarting dialogues and more constructive undertakings.