1.) Recently, a lot of attention has been given to the financial health of SMEs (small and medium enterprises). These smaller companies have historically had access to less financial support, and Beijing has been explicitly concerned about lack of cheap credit available since the crackdown on shadow banking.

China’s central bank said on Monday that more loans have been extended to small firms in the first five months of 2019, heeding Beijing’s call to support the economy.

The number of outstanding loans to small and micro enterprises rose to 10.3 trillion yuan ($1.50 trillion) at the end of May, up by 21% year on year…

Truthfully however, access to finance isn’t the problem, local government debt is.

2.) The Chinese government knows the extent of the debt burden. Premier Li Keqiang recently said, “抓紧解决政府部门和国有企业拖欠民营企业账款问题” (link) or “[Government must] grasp and resolve the problem of arrears owed by government and state firms to private enterprise.”

While China is attempting to deleverage, I am not sure how government’s can continue to finance large infrastructure projects. I, fundamentally, dont see any indication that capital allocation mechanisms have become more efficient or changed in any meaningful way.

4.) I am pessimistic about China’s debt servicing capability in the long term, but in the short to medium term, China can do a lot to kick the can down the road. Not paying private companies and hindering SME cash-flow is just the latest in China’s debt evolution.

Some of the photos I am going to post today are politically incorrect, but China is, by Western standards, not at all politically correct. In fact, I was inspired to post these in confidence after reading the following news story (emphasis mine):

“We got a 50-minute non-stop lecture, pausing only for translation, about this being a clash of civilisations,” said Adam Posen, the group’s president, who declined to say which member of the Politburo they met with. “And some of it was a bit extreme.”

Peterson Institute scholars said this lecture by their Chinese host focused on how the US was a “Mediterranean culture” based around belligerence and internal division, which explains why it has such an oppressive foreign policy…

I hope these seemingly random photos give you a unique, genuine perspective on what it’s like living in China’s capital. 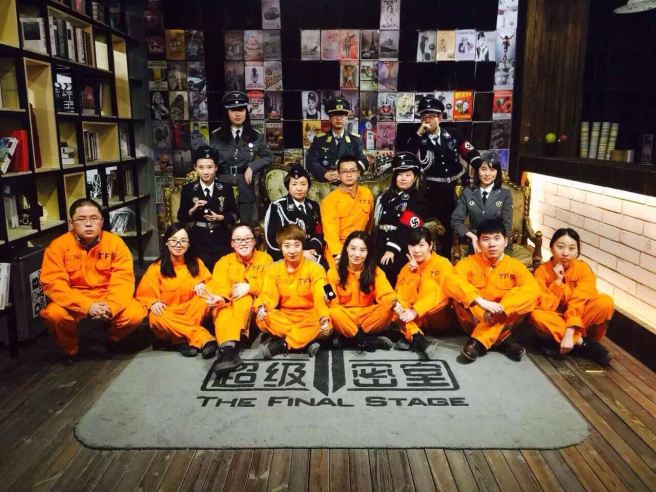 In 2015 my company hosted a team building activity in an escape room type setting. The Chinese characters on the rug read, 超级密室 or Super Escape Room. The theme of this escape room was Jews escaping from Nazis.

As a tall white man, I got these type of invitations regularly. I once was paid about two hundred dollars to attend the opening of a new dental hospital in Taiyuan.

Security forces in Beijing really beefed up starting in 2016. Now, every bus I ride on has some uniformed security aboard. The above picture was taken in a hurry, because I was nervous to be caught filming security in Beijing.  I was promptly caught taking this photo. The security man was nice and pleasant. He was floored to talk to a foreigner in Chinese. There are many different types of security services in Beijing. Their descriptions can be found here.

During Chinese New Year you could find these vans parked throughout Beijing.  Inside the van sleeping were two to three men from the Chinese countryside. They sell fireworks. The blue jug is full of water, but if there was a fire, it would be useless in extinguishing the flames.

We woke-up the men around 3am. Pictured above is inside the shed adjacent to their van; it is packed with commercial fireworks. Now fireworks in the city are strictly limited and lighting of fireworks near the city center is somewhat controlled.

Pictured above are statues in the subway of Beijing. The theme of the pieces were race and class. The series revolved around overweight foreign races and sickly Chinese people. The black woman’s statue was common to take photos with, as the man pictured above is now doing. 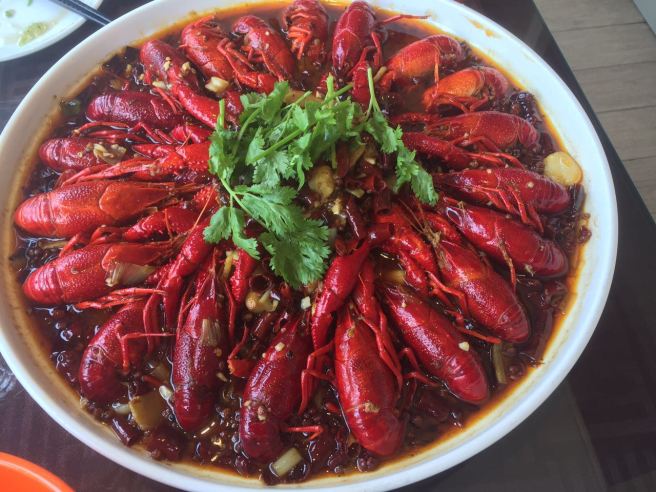 Chinese crawfish are to die for. Sichuan cuisine, known for a spicy and numbing (麻辣) flavor profile, has mastered boiled crawfish. Served with a thick sauce, this type of dish alone is worth visiting China for. During crawfish season it is common for these restaurants to have very long waits.