I thought more than I would like to admit about how I could fit the following phrase into this blog post:

It’s my way or the Huawei.

And with that off my chest, lets get to today’s topic: the near future of tech.

Any definition of emergent technology should include the following: information technology, robotics, green energy and vehicles, aerospace equipment, oceanic engineering, new materials, medicine, medical devices, agri-tech. Very conveniently, these are the sectors explicitly slated to gain state support in China under Made In China 2025. 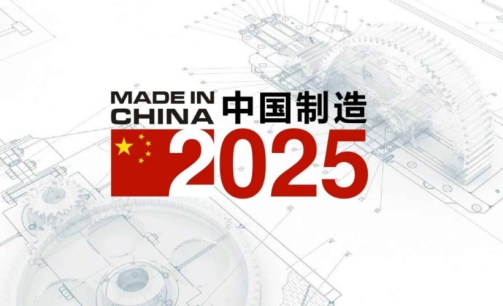 Luckily for the world, China’s Huawei is positioned to provide such solutions.

The Pride of China

I studied Chinese at Tsinghua University. The view from my chair was that of a large blackboard. 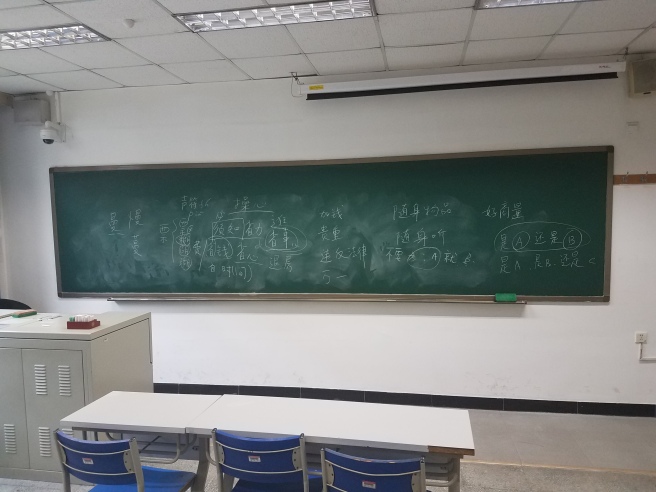 Note the camera on the top left. There was also a camera in the back of the room.

Sitting to my left in one of my classes was a young Swiss man. On a Friday morning, he told his language partners that he was in the market for a new phone. On Monday morning he walked into class with a new Huawei phone. My teacher, a brilliant young graduate student at the neighboring Beijing Language University (北京语言大学), was floored.

“Why didn’t you buy an iPhone?” she asked.

He replied, “Huawei phones are much cheaper and just as good. I don’t like iOS anyway.”

“As a Chinese, I am so proud. Huawei is the pride of China,” She beamed. 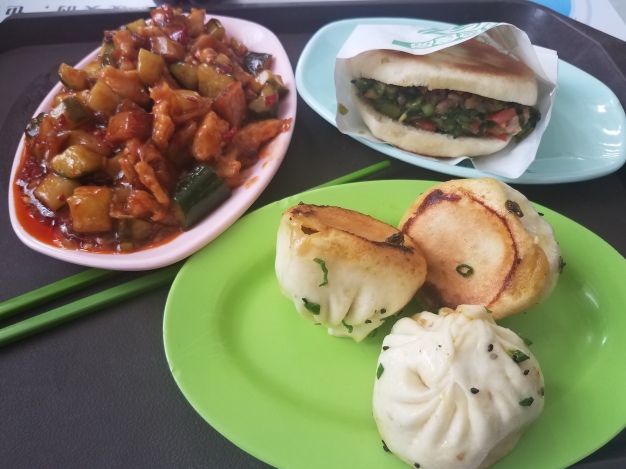 The ‘pride of China’ should be its food. This was a normal lunch at Tsinghua. It was delicious.

She was right. National champions, large companies that enjoy massive amounts of state subsidies and are protected from competition, are a distinct part of the national identity. Apple is not a competitor. Apple is America. Huawei is China.

So lets expand on Huawei. Their Wikipedia page is absolutely fascinating:

A warning about buzzwords and advertising? The following quote is worth thinking about. From Huawei’s Wikipedia:

Although successful internationally, Huawei has faced difficulties in some markets, due to allegations – particularly from the United States government – that its telecom infrastructure equipment may contain backdoors that could enable unauthorised surveillance by the Chinese government and the People’s Liberation Army (citing, in particular, its founder having previously worked for the Army).

Huawei has faced difficulties in some markets, due to allegations- particularly from the United States government. Does this hold water? Let me list some links.

Huawei blocked from bids in England.

Germany is drafting new rules for how to deal with Huawei.

The Czech Republic’s cyber security agency reports that Huawei is a national security threat. (This is particularly worth following because China has invested heavily into the Czech Republic, and Huawei has had a contract to fulfill the communication needs of the president and his staff for the past four years.)

Rumors in Italy of banning Huawei from 5G infrastructure are ongoing.

Last month in Poland, a Huawei employee was arrested as spy for China. Huawei has responded by offering to build a cyber security center in Poland.

It is certainly true that the United States was early in its concern of Chinese (Huawei) infrastructure investments. However, to say now that concern is solely or mostly propagated by America is dishonest.

I said something to this point relatively recently on China Unscripted (episode 20): there is a growing Cold War between China and America. That Cold War is not being waged in proxy wars or through arms races. The new Cold War is being waged through a race to emergent tech, economics, and business access.

The truth about Huawei is pretty simple. If the new Cold War is being fought in emergent tech, Huawei is going to play a key role. It is an arm of the Chinese Communist Party.

Examples of communist control include the following:

1.) Huawei has a party secretary. Party control of Huawei is explicit. Its in their Wikipedia page.

2.) Huawei enjoys lending at the direction of Central Huijin.

3.) Huawei enjoys price setting and input discounts from the NDRC.

Given these facts, it is almost intuitive that Developed countries decouple from Huawei and Chinese tech in general. What we are witnessing across Europe, North America, and Australia is decoupling at a time when Africa, South East Asia, Russia, and the Middle East are increasingly embracing Chinese tech. We are witnessing a technological divide. With that tech divide, we are seeing a divergence in public opinion and thought.

Consider Chairman Xi’s recent trip to visit the new media operation of People’s Daily, the party’s mouthpiece. He spoke at length on the importance of “boosting integrated media development and amplifying the mainstream voice” in public communication. Mainstream voice indeed.  The mainstream voice seems to be Xi’s way or the Huawei.