Dr. Stephen Roach has a Ph.D. in economics from NYU, was chairman of Morgan Stanley Asia, and regularly teaches at Yale. For years I have listened to Dr. Roach opine about the nature of the world’s current/capital account imbalances. Dr. Roach’s prognosis about the imbalance origins, particularly regarding the trade relationship of America and China- of which he wrote a book (Unbalanced), are remarkably consistent.  Perhaps most remarkable is how wrong his consistent and well published statements are.

To be clear, this blog post aims to do three things. First, we will examine what Dr. Roach believes to be the origins of trade and capital imbalances. Second, we will concisely examine national income identities. Lastly, we will list questions that shed light on the magnitude to which Dr. Roach is mistaken.

Before I begin, I feel the need to clarify that my worldview is strongly shaped by  the uneven current/capital accounts, however accounting identities have limited utility. It is extremely important to know their limitation. For example, extrapolating a current account surplus (surplus of savings over investment) to reflect financial market health is nonsensical. My point here is that it is entirely possible to misunderstand national income accounting and still provide great wisdom to the study of economics or the health of financial markets.

Problems with the American Consumer

America’s trade deficit, a topic of much debate (This link is to Bernake’s 2005 speech. It is worth reading), is rooted in the poor consumer culture of American people and American corporations. This is the ideology of Stephen Roach. His book, which I linked above, outlines this nicely. Similar in idea and scope are publications from 2011 and this August, the latter of which sparked this blog post. He writes the following in his most recent article (emphasis added):

Despite the US government’s recent upward revision to personal saving data, the overall national saving rate, which drives the current account, remains woefully deficient. And the major surplus countries – Germany, China, and Japan – have been only too happy to go along for the ride…

Economies running current-account deficits tend to suffer from a deficiency of domestic saving. Lacking in saving and wanting to invest, consume, and grow, they have no choice but to borrow surplus saving from others, which gives rise to current-account and trade deficits with the rest of the world. The opposite is the case for countries with current-account surpluses. They are afflicted by subpar consumption, excess saving, and chronic trade surpluses…

America’s consume-now-save-later mindset, which is at the heart of its current-account deficit, is deeply embedded in its political economy. The US tax code has long been biased toward low saving and debt-financed consumption; the deductibility of mortgage interest, the absence of any value-added or national sales tax, and a dearth of saving incentives are especially problematic.

Again, because it is worth repeating, Dr. Roach believes that America has run a cumulative $9.1 trillion current account deficit from 2000-2017 due to a poor savings culture and mismanaged political economy.

Don’t panic. It’s a pretty simple equation, and our real intention is to differentiate independent and dependent variables.

This says that a trade deficit (imports-M- less exports-X) is equal to the savings deficit (investment-I- less saving-S) plus the government’s fiscal deficit (government spending-G- less its tax revenue-T). You could also write the following:

Questions below will guide readers to the correct answer, however let me summarizes the two points of view regarding the source of America’s trade deficit.

1.) Dr. Roach writes that Americans, for a breadth of reasons, save too little and consume too much. The world, particularly China, uses this consumer culture to export their domestic saving surplus.

2.) I believe a set of countries suppress domestic consumption by transferring household wealth to industry. This wealth transfer increases savings that must be exported abroad. America is the easiest country to export this domestic savings.

The following questions will help you identify causality in America’s balance of payments imbalance. Question 13 is best to start with if new to the subject.

1.) Which American entities save too little?

2.) Are  Corporate savings too low?

4.) How will policies that raise American savings not raise income inequality (see question 3)?

5.) Does America have such large domestic investment needs that it needs to cumulatively import $9 trillion of capital over 18 years to fund its needs? Why would developing countries fund this?

6.) Can American banks, some of the world’s largest, fund America’s investment needs? If not, why?

7.) How has America, with historically low interest rates, bid up the cost of capital to attract foreign savings to fund the investment gap?

10.)  How do wage suppressing policies affect the country that implements them? What is the affect on the balance of payments to them and their trading partners?

11.) Can Dr. Roach’s trade theory be applied to other cases? For example, what changed in the early 1990s, when Germany was considered the “sick man of Europe,” to today where Germany runs large trade surpluses? How  has the Hartz concept affected Germany’s balance of payments? (As an aside, German transfers of wealth from households to industry is now being pushed as a development model)

12.) Why does China, a developing country, export savings?

13.) Could every country adopt an East Asian development model, where wealth is transferred from savers and consumers to exporters and producers through low interest rates, environmental degradation, undervalued currency, and industry protection? Why or why not? 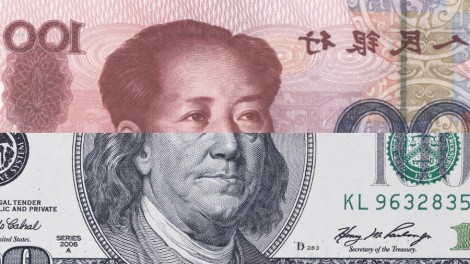 In Brazil from 1965 to 1974 GDP grew annually by 11%. The authoritarian, one party state promoted rapid industrialization by relocating workers to coastal urban areas. In the 1970s petrodollars were recycled from OPEC nations to South America. These petrodollars largely missed Europe and America because of economic stagnation. Brazil’s import of capital caused them to run a trade deficit, slightly slowing growth. This capital came to have great effect on the future of Brazil as it encouraged further wasteful investment and the eventual breakdown of the Brazilian economy. The capital account flows changed Brazil’s trade balance. The capital account matters.

In the late 20th century and certainly in the 21st century, capital account movement drives trade. Policies in Germany, China, Japan, and Korea that transfer wealth to industry raise savings which the rest of the world is forced to absorb.  Dr. Roach’s trade model misses this.

Economics and finance lends itself to a worldview. Dr. Roach’s theory paints an incomplete worldview in which the United States is free from foreign influence. It paints a theory in which the United States has the tools to address the return of beggar thy neighbor economic policy that dominated the 19th and early 20th century. It is wrong, and I hope that by exploring the questions above, you may learn why.

One thought on “13 Questions for Stephen Roach”